Built in 1842 and operated through 1865, the fort's purpose was to protect the Chickasaw and Choctaw Tribes from marauding plains tribes. Log structures were built at first (an officer's quarters is open for viewing today), then permanent native sandstone and refined wooden structures were built. Federal forces abandoned the fort at the beginning of the Civil War in 1862. Confederate forces then occupied it and it became a major supply depot for Confederate troops in Indian Territory. In 1962, the fort was acquired by the Oklahoma Historical Society, who restored some of the fort's original structures. 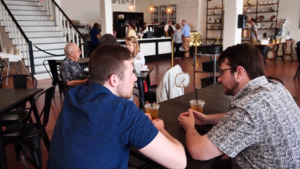